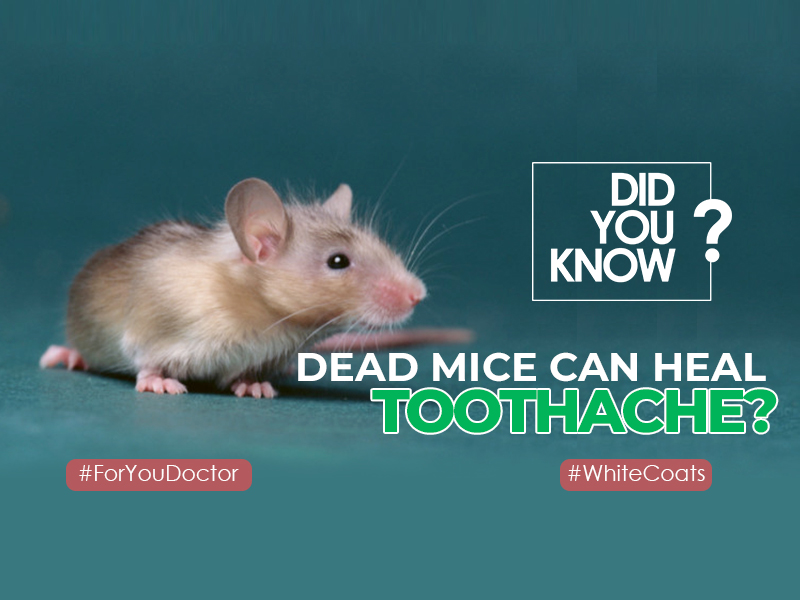 In ancient Egypt, those people who suffered from common ailments such as toothaches or earaches found that mice were the best remedy to sort their problems. Toothaches were very common in Egyptians due to the prevalence of sand in their food. Sand would get into almost everything, food also. Because of the grittiness of the sand, consuming it would often wear down the enamel covering the tooth, which exposed the nerves and the blood-vessels.

For some reason, the Egyptians had decided that dead mice were an effective remedy for the ailments. The dead mice will be mashed into a paste and applied to the affected area. But, for severe toothaches, a dead mouse would simply be applied directly to the tooth. But, common sense tells us that this treatment cannot have worked in curing the aching tooth, and it most likely elevated the problems. Applying rotten rat tissue to exposed nerves and blood vessels is a better way to turn a tiresome pain into a full-blown infection.

Ancient Egyptians also assumed a toothache could be cured by making a type of 'Dead mouse paste' with other herbs and ingredients, while in certain parts of England, half a dead mouse was used to treat warts too.

Even the ancient romans, and affluent families had slaves clean their mouths using small sticks of wood and tooth powder. Such powders could include burned eggshell, bay-leaves and myrrh. These powders could also include more unusual ingredients, such as burned heads of mice and lizard livers. Earth worms marinated in vinegar were used for a mouth wash, and urine was thought of as a gum strengthener. All these could be strange but existed in ancient times.

Also Read: A Physician Was Referred To As A LEECH! WHY?